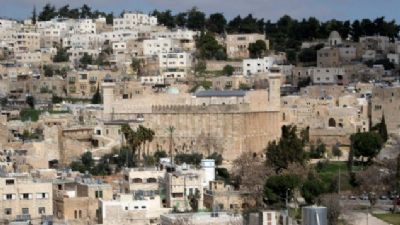 According to the ICOMOS report on the possible listing of Hebron as an endangered site, the Palestinian proposal's focus on the "Mamluk" history of the site and the omission of the site's Jewish and Christian history makes it impossible for ICOMOS to make a recommendation on the proposal. In the words of the report:

"A further weakness is the definition of the property as a Mamluk town as this excludes the extremely important time depth of Hebron, a town whose history can be extended back at least a thousand years before the Mamluk period and possibly much longer. Although it is stated that the nominated property is thought to be one of the oldest cities continuously inhabited in the world, the emphasis of the nomination is on a small period of that history in the form of the Mamluk town, apart from the earlier structures of the Al-Ibrahimi Mosque/The Tomb of Patriarchs. This means that the association of Hebron with Jewish and early Christian societies is given little recognition, and Tell Rumeida and other sites are excluded from the boundaries.

Had these sites been included, the comparative analysis would have more readily been able to demonstrate the lack of comparators for a property that could have been seen to have spanned urban settlement from 2,200 BCE right through to the end of the Ottoman Period and also key evidence for the development of three of the world's monotheistic religions.

On the basis of the current Mamluk focus of the nomination dossier, ICOMOS considers that insufficient detail has been provided to substantiate the outstanding nature of the survival of town planning and buildings relating to the Mamluk era.

ICOMOS considers that the comparative analysis has not so far justified consideration of this property for the World Heritage List."
Date
July 2, 2017
Title
ICOMOS report for the World Heritage Committee, Addendum 2 Evaluations of Nominations of Cultural and Mixed Properties, International Council on Monuments and Sites
Original Source
http://whc.unesco.org/archive/2017/whc17-41com-inf8B1-Add2-en.pdf
Attachment
Click here to view this document in MS Word/PDF format
Note
See pages 1-11