Antisemitism Courtesy of the UN "Human Rights" Council: "Plots of the Israeli Settlers" 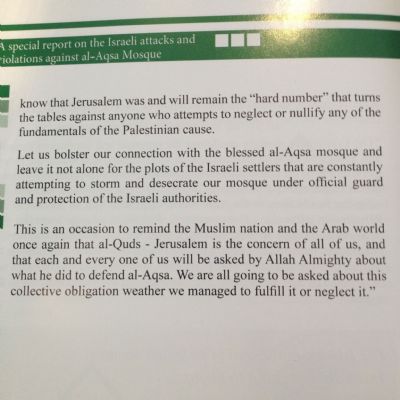 "Let us bolster our connection with the blessed al-Aqsa mosque and leave it not alone for the plots of the Israeli settlers that are constantly attempting to storm and desecrate our mosque..."