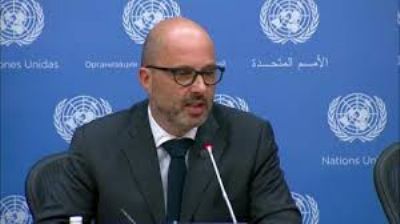 "Most of the demolitions in the West Bank take place on the spurious legal grounds that Palestinians do not possess building permits," said Mr. Piper, "but, in Area C, official Israeli figures indicate only 1.5 per cent of Palestinian permit applications are approved in any case. So what legal options are left for a law-abiding Palestinian?"
Date
February 17, 2016
Title
Humanitarian Coordinator calls on Israel to halt demolitions in the occupied West Bank immediately and to respect international law, UN Office for the Coordination of Humanitarian Affairs
Original Source
http://www.ochaopt.org/documents/hc_statement_demolitions_feb16_final.pdf
Attachment
Click here to view this document in MS Word/PDF format