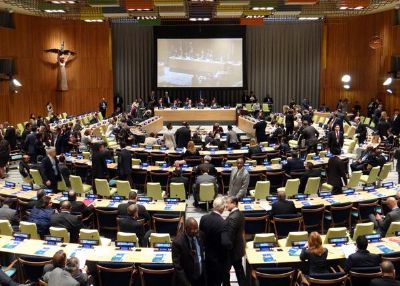 The United Nations Economic and Social Council (File photo)
Today the UN held elections for positions on some of its top bodies and the result goes a long way in explaining why the organization does not and cannot keep the promises it made when created more than seven decades ago. Saudi Arabia was elected to protect women, Sudan to protect children, and Russia to prevent crime. The elections took place on April 19, 2017 at UN Headquarters. The selection was done by the 54 UN member states of the UN's Economic and Social Council.