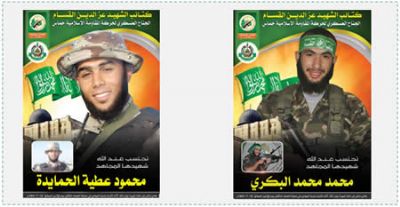 1. This document is the fourth in a series of publications of the Intelligence and Terrorism Information Center (ITIC), as part of a project examining the names of the Palestinians killed in Operation Protective Edge. The project's goal is to ascertain the identity of the Palestinians killed during Operation Protective Edge, to determine which of them are terrorist operatives and which are non-involved citizens, and to examine the ratio between them.

2. The number of names of those killed, examined by the Information Center to date, is around 600, about 30% of the Palestinians killed to date. The examinations carried out by the Information Center are based on the names on the Palestinian Health Ministry's lists, despite the reliability problems and deficiencies found in them. From these lists we have removed duplicate names and have added a number of terrorist operatives who do not appear on them (both for technical reasons and as a result Hamas's policy of concealment and deception). We have examined a total of 667 names of those killed.