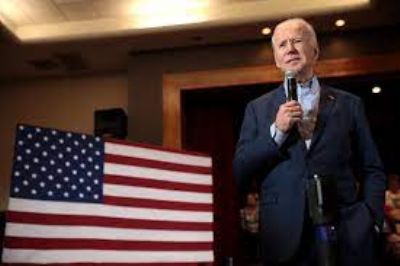 The move marks a radical departure from the U.S.' policy - upheld by subsequent administrations including the Obama administration - of distancing itself from the Durban summit, including boycotting any attempts to revive it.

The 'Durban Declaration and Program of Action' was adopted three days before 9/11 at the 2001 'anti-racism' conference that was characterized by scenes of vicious Jew-hatred including streets lined with activists holding swastika-daubed placards asking what would have happened if 'Hitler would have won,' among other venomous slogans accusing Israel of apartheid and genocide.

The declaration itself was no less venomous, with Israel singled out as the only state mentioned by name accused of racism. Palestinians, it claimed, are victims of 'Israeli racism.' There was no mention of Palestinian racism against Israelis.

Palestinian Authority President Mahmoud Abbasâa Holocaust denier who suggested Jews' behavior contributed to their persecutionâhas said that he 'will not accept any single Israeli' on Palestinian land.

He also claimed 'martyrs and prisoners'ârecipients of the PA's so-called pay-for-slay scheme in which terrorists are rewarded for killing Jewsâ'are planets and stars in the skies of the Palestinian struggle, and they have priority in everything.' The declaration also failed to mention the human rights atrocities committed by other racist regimes.

The declaration also condemned the U.S. weapons blockade of Cuba.

The U.S. and Israeli delegations at the time staged a walk-out of the conference. Then-U.S. Secretary of State Colin Powell said in a statement explaining the move: 'you do not combat racism by conferences that produce declarations containing hateful language, some of which is a throwback to the days of 'Zionism equals racism;' or supports the idea that we have made too much of the Holocaust; or suggests that apartheid exists in Israel; or that singles out only one country in the worldâIsraelâfor censure and abuse.'

However, the U.S. last week appeared to have changed its mind regarding the conference, presenting a statement, signed by 156 nations at the 46th Session of the Human Rights Council, which read: 'Recalling the twentieth anniversary of the adoption of the Durban Declaration and Program of Action, we are committed to...address and combat racism, racial discrimination, xenophobia, and related intolerance.'

The Zionist Organization of America said it was 'appalled' by the move, and reiterated its call for the Biden administration to rescind its 'morally reprehensible decision' to rejoin the UNHRC.

Anne Bayefsky, director of the Touro Institute on Human Rights and the Holocaust and the NGO Human Rights Voices who was present at the original Durban summit, also slammed the U.S.' statement.

'The Durban Declaration encourages the hatred of Jews,' Bayefsky wrote in an op-ed entitled, 'Why is Biden indifferent to a UN celebration of anti-Semitism?'

[The U.S. statement] garner[ed] the signatures of repressive, intolerant, xenophobic regimes. Happily signing the Biden-Blinken initiative were the Central African Republic, the Democratic Republic of the Congo, Equatorial Guinea, Ethiopia, Qatar, Saudi Arabia, South Sudan, Turkey and Zimbabwe. As did Pakistan, where in January, the Supreme Court ordered the acquittal of those involved in American journalist Daniel Pearl's murder and their move from prison 'to a comfortable residential environment.' Pearl's last words before being beheaded were: 'My father is Jewish, my mother is Jewish, I am Jewish.'

In a statement delivered to the U.N. Human Rights Council, Bayefsky said:

Durban is such a tool. It perversely claims equality for some can be built on the inequality of the Jewish few â and specifically on the lethal lie that Palestinians are victims of Israeli racism. Actually, it is Palestinian Arabs who reject peaceful cohabitation with Jews, clamor for an 'apartheid Palestine,' and foment genocide against Jews in word and in deed. Durban I, and Durban II and III commemorations, were all celebrated by notorious anti-Semites, like Iran's Ahmadinejad, because of the Durban lie. So here we are again. Durban IV. Germany with its history of anti-Semitic horrors, France and its appeasement of Jew hatred, Britain which recently harbored antisemitism in its political heartland, the United States, Canada, Australia, the Netherlands, Czech Republic, Austria, Poland...now all face a choice of the UN's making. Durban IV is one more attempt to turn the fight against racism into a fight against Jews. It needs to be shunned. Not celebrated or commemorated. Not fully implemented or reaffirmed. To combat racism: stay away."
Date
March 31, 2021
Title
Biden Admin.-led Statement Praising Anti-Israel Durban Confab Sparks Outrage, Breitbart News
Author(s)
Deborah Brand
Original Source
https://www.breitbart.com/middle-east/2021/03/31/biden-administration-led-statement-praising-anti-israel-durban-confab-sparks-outrage/
Attachment
Click here to view this article in MS Word/PDF format