Breaking with tradition, Canada and the U.S. embrace the anti-Israel hate-fest in Durban 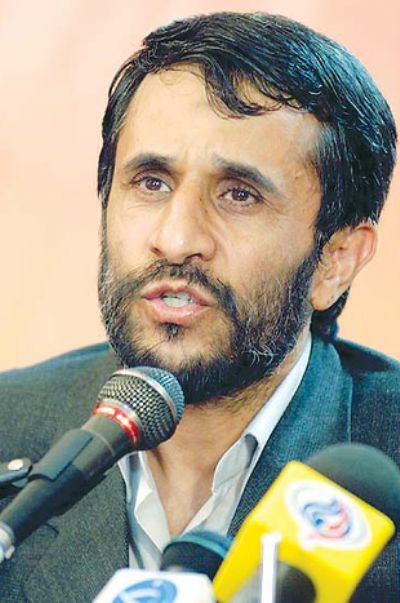 Mahmoud Ahmadinejad (File photo courtesy Wikimedia Commons)
"Canada has been a leader on the world stage in fighting racism, racial discrimination and xenophobia - until now. At the United Nations Human Rights Council on March 19, Canada signed an American statement that embraces the UN anti-Semitic hate-fest held in Durban, South Africa, in 2001.

The statement, which was signed by over 150 countries, including Canada, spoke of "recalling the 20th anniversary of the adoption of the Durban Declaration and Program of Action," as part of an international commitment "to combat racism, racial discrimination, xenophobia and related intolerance."

The "Durban Declaration," which was adopted three days before 9/11, encourages the hatred of Jews. It is the 21st-century reincarnation of the infamous 1975 UN General Assembly Zionism-is-racism resolution. Israel is the only state mentioned in the manifesto, which claims Palestinians are "victims" of Israeli racism. Ironically, it is the Palestinian Authority and Hamas that reject peaceful cohabitation with Jews, insist on a state without Jews and reward Palestinians who kill Jews.

The racist "anti-racism" conference that produced the declaration featured disturbing scenes of overt anti-Semitism. The American delegation, led by Holocaust survivor and Democratic congressman Tom Lantos, walked out of the reprehensible conference, along with Israel. Canada stayed, but strongly objected to the declaration's language on Israel.

Canada strengthened its resolve in the years that followed and was the first country to pull out of successive UN attempts to resuscitate Durban - Durban II, which was held in Geneva in 2009, and Durban III, a 10th-anniversary summit in New York in 2011. Both events "reaffirmed" the original Durban Declaration.

Canadian interests and values have been strongly validated. At Durban II, the UN handed Iran's Holocaust-denying president, Mahmoud Ahmadinejad, a microphone to open the conference. Which he did with these words: "The word Zionism personifies racism that falsely resorts to religion and abuses religious sentiments to hide their hatred and ugly faces."

Nevertheless, the UN juggernaut rolled on. Durban is central to the Palestinian program of demonizing and isolating the Jewish state ever since Yasser Arafat, then-leader of the Palestinian Liberation Organization, took the podium at Durban I.

On Dec. 31, 2020, the UN General Assembly decided to hold a commemoration of the 20th anniversary of the Durban Declaration that will take place in New York in September. World leaders, normally gathered for the General Assembly's opening, are now scheduled to adopt a "political declaration" calling for the "full and effective implementation" of the Durban Declaration - thereby pursuing the aim of isolating Israel as a racist pariah on the global stage.

Canada, along with countries such as Australia, the Czech Republic, France, Germany, Israel, the Netherlands, the United Kingdom and the United States (under the Trump administration), voted against this UN plan to convene what will effectively be Durban IV. This was consistent with Canada's refusal - under both Conservative and Liberal governments - to vote in favour of every similar pro-Durban resolution at the General Assembly over the last two decades.

Before now, no Canadian or American government had ever paired a call to combat racism with celebrating the Durban conference, because Durban wrongly turns the fight against racism into a fight against Jews. Yet in the United States, times have changed. The Biden administration's apparent desire to impress, at home and abroad, evidently caused it to break with America's longstanding antipathy toward Durban.

Obviously, Israel couldn't sign a declaration that seeks to delegitimize the Jewish state and paradoxically to build equality for the many on the inequality of the Jewish few. But by embracing a statement on racism that was signed by such countries as the Central African Republic, the Democratic Republic of the Congo, Equatorial Guinea, Qatar, Saudi Arabia, South Sudan, Turkey and Zimbabwe, U.S. President Joe Biden and Prime Minister Justin Trudeau were more interested in joining forces with some of the world's most repressive, intolerant and xenophobic regimes than their historic ally, Israel.

Canada must now decide whether to attend Durban IV, which will certainly end in a call for the Durban Declaration's "full implementation," as already determined by the General Assembly. Canada took a central role in refusing to legitimate and commemorate Durban's 10th anniversary. The 20th anniversary is the anti-Semite's long-game.

Canada's long-game ought to be to stand against anti-Semitism. In view of this latest move, Durban IV needs to be publicly and immediately shunned. Canadian leadership is vital in communicating that a genuine effort to combat racism and xenophobia necessitates staying away."
Date
March 29, 2021
Title
Breaking with tradition, Canada and the U.S. embrace the anti-Israel hate-fest in Durban, National Post
Author(s)
Anne Bayefsky
Original Source
https://nationalpost.com/opinion/anne-bayefsky-breaking-with-tradition-canada-and-the-u-s-embrace-the-anti-israel-hate-fest-in-durban
Attachment
Click here to view this article in MS Word/PDF format