Incitement to Terror Courtesy of the UN "Human Rights" Council: "Struggle ... is Lawful and Legitimate" 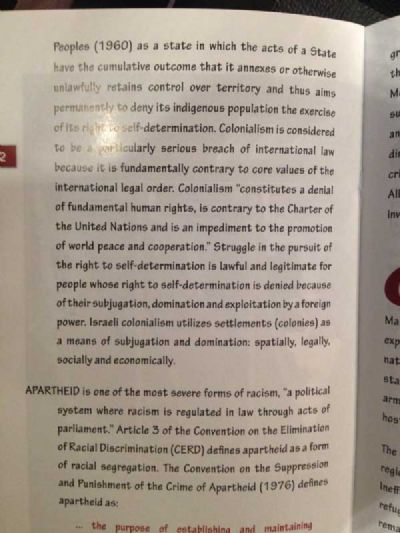 A pamphlet stating "struggle in the pursuit of the right to self-determination is lawful and legitimate," distributed at UN Human Rights Council side event, March 17, 2016
The UN Secretariat in Geneva is now permitting material inciting violence against Israelis to be distributed on the sidelines of the UN Human Rights Council, on UN premises, and at UN-advertised events.

On March 17, the Badil Resource Center for Palestinian Rights, held an informal meeting entitled "Israel's forcible transfer of Palestinians inside the occupied Palestinian territory". Badil distributed at the meeting material containing the following: