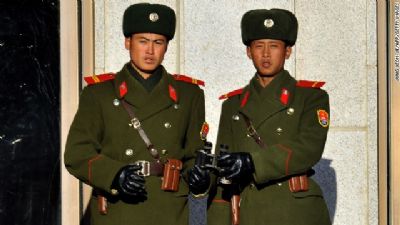 The UN's top human rights body, the Human Rights Council, has rejected a request made by its own Commission of Inquiry into human rights abuses in North Korea to show a video clip with testimonies of witnesses collected by the Commission.

On March 17, 2014 the UN Commission of Inquiry (COI) presented the report on the human rights situation in North Korea to the Council currently meeting in Geneva. The Commission's report, which was released on February 17, documents "unspeakable atrocities" in North Korea, including crimes against humanity which have been and are committed by officials of the State Security Department, the Ministry of People's Security, the Korean People's Army, the Office of the Public Prosecutor, the judiciary and the Workers' Party of Korea" which are acting under "the effective control of the leadership organs of the Workers' Party of Korea, the National Defense Commission and the Supreme Leader of the DPRK." The Commission concluded that "the gravity, scale and nature of the violations" committed by North Korea reveal a "state that does not have any parallel in the contemporary world" and which "seeks to dominate every aspect of its citizens' lives".

In February of 2014 the Commission made a request to the President of the Human Rights Council to display a video clip as part of the presentation of its report with testimonies of witnesses collected by the COI.

On March 5, 2013 Iran acting on behalf of the Non Aligned-Movement group of states sent a letter to the President objecting to the Commission's request allegedly because "it would run counter to the cause of human rights." On the same day Ethiopia, acting for the African Group of states, sent a letter also stating that "the group does not support the request" made by the Commission.

On March 14, 2014 the Human Rights Council Bureau - consisting of representatives of Gabon, the Czech Republic, Argentina, Italy and India - announced that "In view of concerns expressed by some States, and given the lack of proper guidelines on the use of video clips" it will not permit display of the video at the Council.