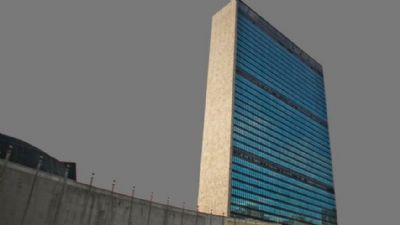 The United Nations
"Critics who thought the U.S. opened the UN's anti-Israel floodgates by abstaining on a vote condemning settlements last week say an obscure subsequent move by the world body to establish a 'blacklist' of Israeli companies proved them right.

Lost amid the angry words that followed the Dec. 23 UN Security Council vote that critics called an American betrayal of Israel was a Christmas Eve appropriation of $138,700 to fund a database of companies doing business in the West Bank. The measure puts UN prestige behind the anti-Israel Boycott, Divestment and Sanctions (BDS) campaign, say critics.

'The types of data they are talking about acquiring would be to form the basis for future sanctions against companies that did business on the West Bank,' Fox News contributor and former U.S. Ambassador to the UN John Bolton told FoxNews.com. 'That's the only purpose of it that I can see.'...