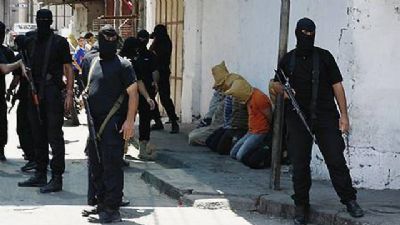 Gaza, where government executes dozens of people without a trial (file photo)
"Israel is rightfully slamming the conclusions of the United Nations commission of inquiry into Operation Protective Edge, but being right is not enough. We must also act more wisely...

Instead of reiterating that the UN report is political and biased and anti-Semitic, we should attack its fundamental weaknesses. It is a shallow and unprofessional report, and that is not hard to prove. It says, for example, that Israel used excessive force, or that many civilians were killed. The necessary question is: 'Exaggerated' or 'many' compared to what?

The report's authors, like the authors of the Goldstone Report before them, did not bother checking operations conducted by other countries in population-saturated areas. The average ratio between civilian casualties and fighters in the allies' operations in Iraq was about 1:5 (five times more civilians). In Protective Edge the ratio was about 1:1. Any professional and objective source should have praised Israel..."
Date
June 25, 2015
Title
Being Right About Gaza War Report Isn’t Enough, YNet News
Author(s)
Giora Eiland
Original Source
http://www.ynetnews.com/articles/0,7340,L-4672308,00.html
Attachment
Click here to view this article in MS Word/PDF format