This is My Truth: IDF Troops React to War Crime Accusations 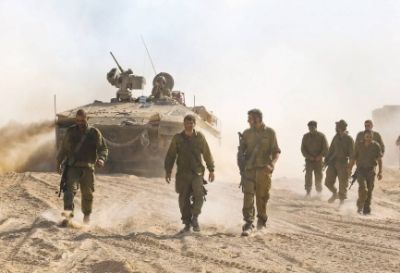 Israeli soldiers near the Gaza Strip border during Operation Protective Edge (Ziv Koren)
"Following the release of the United Nations Human Rights Council report on Operation Protective Edge, several IDF soldiers provided personal testimony of their experiences on the frontline in a number of operations, demonstrating the Israeli military's utmost priority of respecting human life and efforts to minimize harm.

A combat soldier in the Golani Brigade shared his testimony from 2014, when he treated a Syrian rebel in Israel's north prior to Operation Protective Edge...

'During Operation Protective Edge, we were sent to Gaza. We were supposed to go in on a Friday, but they made us wait because they said there were still civilians in the area.

'After we received permission to enter, Hamas waited for us in Shujaiyya, using civilians as human shields and hiding in hospitals and kindergartens. About an hour after we went in, the terrorists were waiting for us in the tunnels, and that is because we sent warnings to the civilians to clear out -- we lost our element of surprise. As a result, eight of my friends were killed...'

'During my service, I treated about 100 people. I can count the number of Israelis on one hand -- the rest of the patients were Palestinian. I am proud to have served in the IDF and I am proud of my army,' she declared."
Date
June 23, 2015
Title
This is My Truth: IDF Troops React to War Crime Accusations, Israel Hayom
Author(s)
Israel Hayom Staff
Original Source
http://www.israelhayom.com/site/newsletter_article.php?id=26399
Attachment
Click here to view this article in MS Word/PDF format