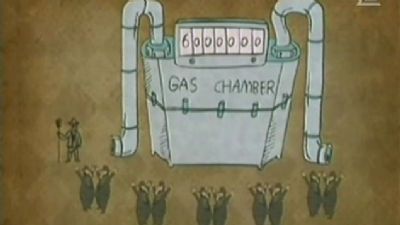 'The contest legitimizes Holocaust denial and encourages those who deny the Shoah to continue with their incitement,' Israeli ambassador to the UN, Ron Prosor, wrote in a letter released Saturday.

The competition is organized by Iranian organizations that have said it comes in response to the controversial depictions of the Prophet Muhammad in the French satirical magazine Charlie Hebdo last month.

Iran's House of Cartoon and the Sarcheshmeh Cultural Complex are organizing The Second International Holocaust Cartoons Contest, Masud Shojaei-Tabatabaii, the contest's secretary, announced in a press conference earlier this month, according to the Tehran Times.

Shojaei-Tabatabaii, who is also the director of Iran's House of Cartoon, added that contestants will be asked to submit their drawings before April 1.