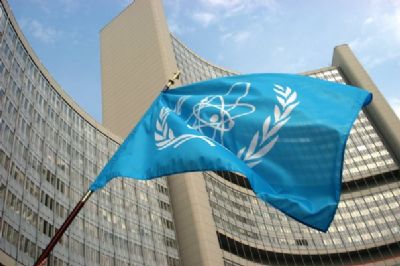 IAEA headquarters, Vienna, Austria
On January 24, 2014, the head of the Vienna-based U.N. atomic agency (IAEA) asked for 5.5 million euros ($7.5 million) needed to monitor Iran's compliance with the nuclear deal (Joint Plan of Action) signed in Geneva last year. Under the Joint Plan of Action the IAEA is responsible for "monitoring" and "verification in relation to the nuclear-related measures" in Iran. The deal was signed on November 24, 2013 while its implementation started on January 20, 2014 and it's not clear why the IAEA waited this long to request the funds.

This development comes after Iran nixed the IAEA meeting planned for January 21, 2014. This meeting was to be held pursuant to a Joint Statement on Framework for Cooperation (separate but complementary initiative) signed by Iran and the IAEA on November 11, 2013, which included six initial steps to be taken by Tehran within three months of the signature.

The six steps are: "providing mutually agreed relevant information and managed access to the Gachine mine in Bandar Abbas [scheduled for January 29, 2014] and to the Heavy Water Production Plant [the IAEA visited on December 8, 2013]; providing information on all new research reactors; providing information with regard to the identification of 16 sites designated for the construction of nuclear power plants; clarification of the announcement made by Iran regarding additional enrichment facilities; further clarification of the announcement made by Iran with respect to laser enrichment technology."

Tehran must carry out the remaining steps by February 11, 2014. However, the Atomic Energy Organization of Iran spokesman Behrouz Kamalvandi said on January 17, 2014 that "The agenda for negotiations between Iran and the IAEA which will take place on February 8 on how to implement the second phase is not clear yet."
Date
January 24, 2014
Title
UN Nuke Agency Seeks Funds to Monitor Iran Deal, ABC News
Original Source
http://abcnews.go.com/International/wireStory/nuke-agency-seeks-funds-monitor-iran-deal-21648352
Attachment
Click here to view this article in MS Word/PDF format