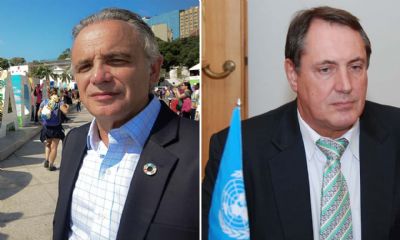 The World Food Programme's country director in Afghanistan, Mick Lorentzen, has been suspended while a disciplinary process is under way.

Luiz Loures, an assistant secretary general of the UN, and deputy executive director of programme at UNAids, is also the subject of an investigation. The Guardian understands that he has not been suspended...

Last week, a Guardian investigation uncovered a widespread culture of silence surrounding sexual harassment and assault at the UN, with employees feeling unable to report complaints for fear of losing their jobs.

Three alleged victims said they had lost their jobs, or been threatened with termination of contract, after reporting sexual harassment or assault. Two cited concerns with investigations, and said there had been errors in transcripts, or that key witnesses had not been interviewed. Alleged perpetrators were allowed to remain in senior positions â with the power to influence proceedings â throughout investigations..."
Date
January 25, 2018
Title
Senior UN figures under investigation over alleged sexual harassment, The Guardian
Author(s)
Rebecca Ratcliffe
Original Source
https://www.theguardian.com/global-development/2018/jan/25/senior-un-figures-under-investigation-over-alleged-sexual-harassment
Attachment
Click here to view this article in MS Word/PDF format