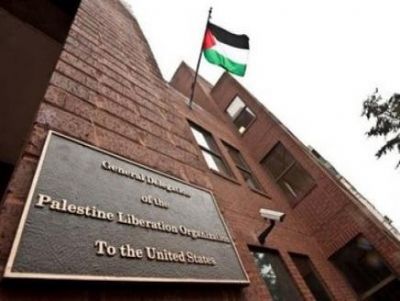 The diplomatic mission of the PLO in Washington D.C.
"Israel is working on a plan to get the American administration to shut the Palestinians' diplomatic offices in the US, according to a Hebrew media report.

The plan was hatched together with US lawmakers, Israel's Kan state TV reported Thursday, and is meant to punish the Palestinians for their recent diplomatic advances, including their successful bid to join Interpol, the world's largest police organization, and their ongoing efforts to have Israeli leaders tried at the International Criminal Court.

Hours after Interpol's General Assembly voted Wednesday to make the 'State of Palestine' a full-fledged member, Prime Minister Benjamin Netanyahu threatened that the move would have consequences, though he did not specify what they would be.