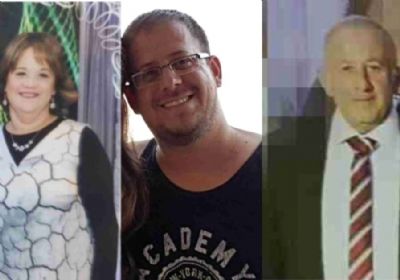 Members of the Salomon family, killed in a terror attack in their home on July 21, 2017
Despite continual Palestinian terror attacks that have left nine Israelis dead since January 1, 2017, the UN High Commissioner for Human Rights claimed that only one party in the "Occupied Palestinian Territory" was violating human rights law - Israel. In his address at the opening of the 36th session of the UN Human Right Council in Geneva on September 11, 2017, Jordanian Zeid Ra'ad Al Hussein condemned Israel for defending against Palestinian terrorism, but did not condemn the Palestinian perpetrators of terror attacks. Instead, the High Commissioner generically noted his concern "about the continuing violence," and equated the murders of Jews in terror attacks with the deaths of Palestinian attackers and those killed in violent clashes with security forces.

"The Occupied Palestinian Territory continues to witness serious violations of international humanitarian law and human rights law by the Israeli authorities. I am concerned about the continuing violence: from 1 January until 28 August 2017 nine Israelis and 46 Palestinians were killed in the Occupied Palestinian Territory. Instances of excessive use of force, forms of collective punishment, and arbitrary detention continued to be of serious concern."