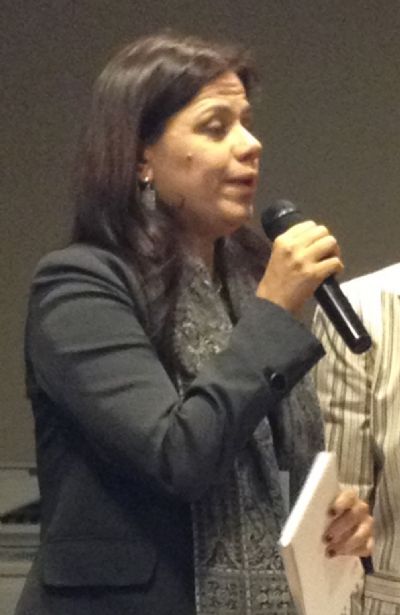 Blanca Eekhout, Venezuelan Minister for Women and Gender Equality, March 16, 2017
On March 16, 2017, at a Palestinian-sponsored event organized on the side of the annual session of the UN Commission on the Status of Women, a Venezuelan official asserted that Israel had committed genocide against the Palestinians during Operation Cast Lead, the 2008/9 Israeli military operation to stop the indiscriminate firing of thousands of rockets from Gaza onto Israeli civilian areas. The event was advertised on the UN's Calendar of Side Events for the annual session. The libel was greeted with thunderous applause from the overflow crowd of approximately 85 people attending the event on the Palestinian economy.

Blanca Eekhout, the Venezuelan Minister for Women and Gender Equality said the following (Editor's note: the remarks were simultaneously translated from the original Spanish by a Venezuelan staffer at the event; grammatical errors have not been corrected):

"After the genocide action that had been perpetrated, called Cast Lead Operation, Venezuela assumed a very strong position and break relations with Israel regarding this issue. We are against these types of action, so we always are solidarity with the Palestinians in this issue."
Date
March 16, 2017
Title
Palestinian event at UN Commission on the Status of Women “Palestinian Women’s Economic Reality”