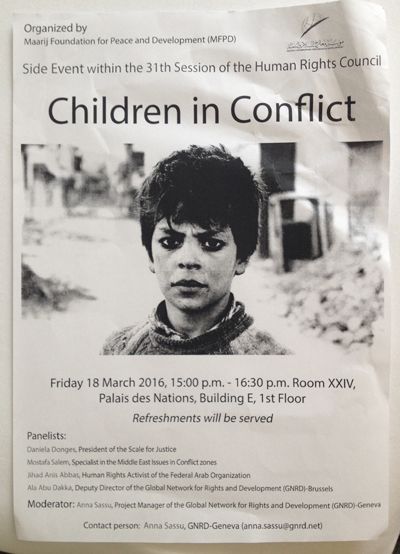 On March 18, the UN-accredited NGO Maarij Foundation for Peace and Development held one of these "informal" meetings entitled "Children in Conflict", in which a featured panelist claimed Israel was responsible for Palestinian terror.

An attendee at the panel asked the following:

A featured panelist of the session, Daniela Donges, President of the NGO called "Scale for Justice:" responded this way: "I totally agree. And in some cases we could also see that it's a deliberate strategy to provoke violence in order to have justification for-to maintain the military control over the Palestinians."