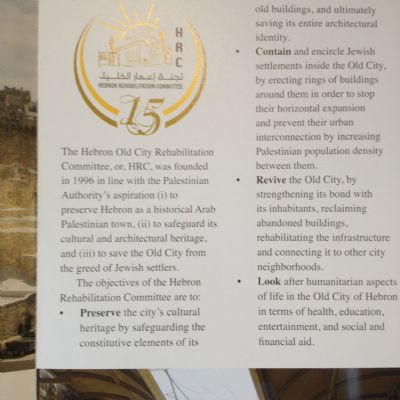 On March 17, the Badil Resource Center for Palestinian Rights, held an informal meeting entitled "Israel's forcible transfer of Palestinians inside the occupied Palestinian territory". The Hebron Rehabilitation Committee distributed at the meeting material containing the following:

"The Hebron Old City Rehabilitation Committee, or, HRC, was founded in 1996 in line with the Palestinian Authority's aspiration ... (iii) to save the Old City from the greed of Jewish settlers."