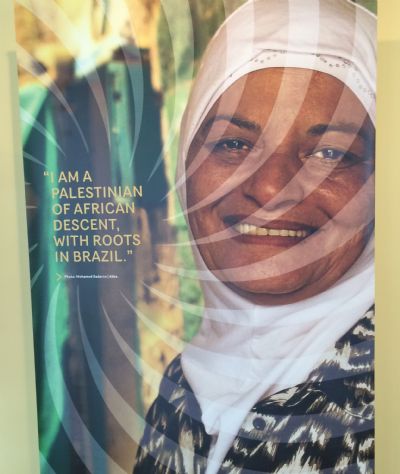 The first panel of a photo exhibit on "International Decade for People of African Descent" at UN headquarters, New York, January 14, 2016
A panel display at UN Headquarters in New York meant to highlight the work of the UN Office of the High Commissioner for "Human Rights" and focus on peoples of African Descent, has instead been used to draw attention to the UN's favorite "victims," the Palestinians.