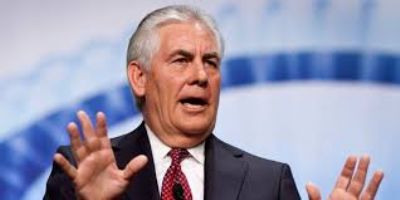 The correspondence, obtained by Foreign Policy, explains the Trump administration's rationale for considering a departure from the 47-member organization. An immediate withdrawal from the Council, however, is not imminent, multiple State Department aides told FP. The Council has a small window of time to redeem itself in the eyes of Washington.

'If they don't make these reforms, we're going to question the value of our membership,' said a senior aide to Tillerson. 'We're not taking withdrawal off the table.'...

The George W. Bush administration refused to join the Council in 2006, the year it was created, due to concerns about the treatment of Israel. The Obama administration reversed that decision in 2009, viewing membership as a way of reforming the organization from the inside and not letting the Israel issue diminish U.S. influence in a range of other areas..."
Date
March 14, 2017
Title
Tillerson To U.N. Rights Council: Reform or We’re Leaving, Foreign Policy
Author(s)
Colum Lynch, John Hudson
Original Source
http://foreignpolicy.com/2017/03/14/tillerson-to-u-n-rights-council-reform-or-were-leaving/
Attachment
Click here to view this article in MS Word/PDF format