Jewish Captive Robert Levinson Not Among Those Freed by Iran 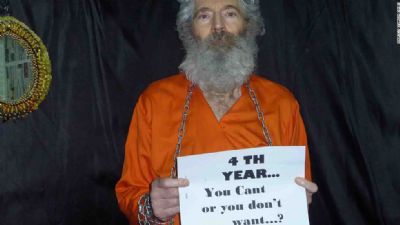 Retired FBI agent Robert Levinson vanished during a trip to Iran in March 2007.
"As the families of five Americans held in Iran celebrated the news that their loved ones have been released and are on their way home, elatives of Robert Levinson were faced with a harsh realization.

'We are happy for the other families. But once again, Bob Levinson has been left behind,' family of the Jewish Florida former FBI agent said in a Facebook post. 'We are devastated.'

Levinson, who is Jewish and suffers from diabetes, disappeared after meeting with an American-born Islamic militant on Kish Island, Iran, in 2007. Iranian officials have repeatedly denied knowledge of his disappearance or whereabouts.