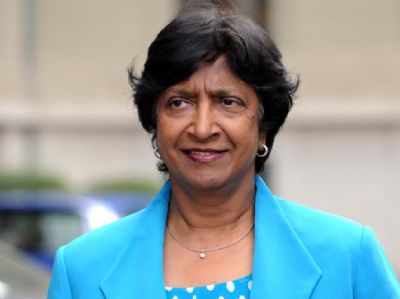 "[L]et me say that coming from apartheid South Africa, I have long experience of how racism and racial discrimination breeds conflict and violence...These scenes are familiar to me, and privately I was thinking that there are many parts of the United States where apartheid is flourishing."

Pillay was an extremist who spent her six-year tenure, which ends in August, constantly condemning the U.S. and Israel. She questioned the legality of killing Osama bin Laden and championing the slanderous Durban declaration that suggests Israel is a racist state. She leaves behind a record of perverting the meaning and power of the international human rights system.
Date
August 20, 2014
Title
Missouri racial violence recalls apartheid, U.N. rights chief says, The Japan Times
Author(s)
Stephanie Nebehay
Original Source
http://www.japantimes.co.jp/news/2014/08/20/world/missouri-racial-violence-recalls-apartheid-u-n-rights-chief-says/#.U_TupPmSx6I
Attachment
Click here to view this article in MS Word/PDF format