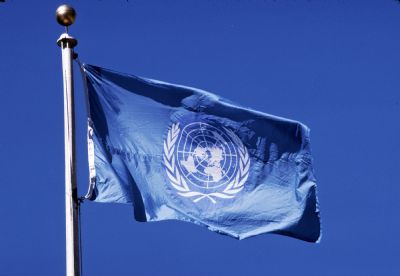 On August 15, 2014 the United Nations Office for the Coordination of Humanitarian Affairs (OCHA) issued its daily "Situation Report" on the "Gaza Emergency". The UN is now routinely listing terrorists killed by Israel in an inflated count of Palestinian casualties because the UN thinks Hamas genocidal killers are not terrorists. The number of dead chickens is now also filling out UN reports on Israeli horrors.

On the other hand, the report devoted only 2 sentences to Israeli sufferings: "Since 8 July, three civilians in Israel have been killed, including one foreign national, and dozens directly injured by rockets or shrapnel. The total number of Israeli military fatalities stands at 64."

Hamas is mentioned only in the "Background to the crisis" section which blames Israel for the collapse of the November 2012 cease-fire and alleges that Hamas rockets were fired in response to an intensification of Israeli airstrikes. In its words: "Background to the crisis... The latest escalation round started in early June, characterized by an intensification of Israeli airstrikes and rockets launched from Gaza at southern Israel." The OCHA situation reports count Hamas as an "armed group" not a terrorist organization.
Date
August 15, 2014
Title
Office for the Coordination of Humanitarian Affairs (OCHA) Situation Report as of 15 August 2014, OCHA
Original Source
http://www.ochaopt.org/documents/ocha_opt_sitrep_15_08_2014.pdf
Attachment
Click here to view this article in MS Word/PDF format