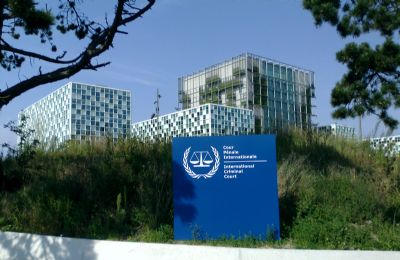 The International Criminal Court dropped a more than decade-long inquiry into alleged crimes by U.S. personnel in Afghanistan. The action came soon after Secretary of State Mike Pompeo announced the U.S. would deny a visa to the court's prosecutor, Fatou Bensouda, and potentially other court officials, because of their possible prosecution of Americans. The court said in an opinion that it wouldn't proceed because of 'changes within the relevant political landscape' suggesting it would not get 'cooperation' from the U.S. In other words, the Trump Effect.

The U.S.-like most other non-European major military powers-never accepted the court's jurisdiction. According to its own statute, the ICC can only prosecute when a country is 'unwilling or unable' to prosecute its own war crimes. But the U.S. has no problem prosecuting its soldiers domestically in military courts if they violate the law.

If the ICC were to indict U.S. servicemen, no American president would turn them over, but it would have a real effect on their lives. They would face peril in traveling to countries that have joined the ICC, including all of Western Europe. They would be international fugitives...

President Trump, Mr. Pompeo and National Security Advisor John Bolton correctly understand that their primary duty is to protect American nationals, not prop up the reputation of an already-failing treaty organization of which the U.S. is not a member. At very low cost, they have rescued American troops who served in Afghanistan from living under a Damocles sword of Hague-based prosecution..."
Date
April 18, 2019
Title
The Trump Effect Saves U.S. Soldiers From Runaway Prosecutors, The Wall Street Journal
Author(s)
Eugene Kontorovich
Original Source
https://www.wsj.com/articles/the-trump-effect-saves-u-s-soldiers-from-runaway-prosecutors-11555629025?shareToken=sta1a18944499a4511a15e617031c6446d&reflink=share_mobilewebshare
Attachment
Click here to view this article in MS Word/PDF format