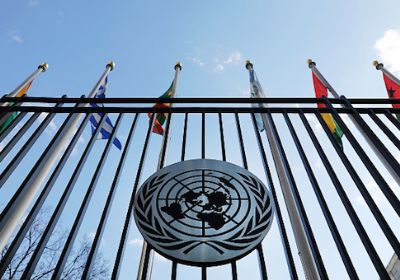 United Nations Headquarters
"While the United States and many European countries continue to oppose the anti-Israel boycott movement because it imposes a double-standard and harms peace efforts, the United Nations is set to engage in full-throated BDS by the end of this year.

BDS, or Boycott, Divestment and Sanctions, is a pressure-point campaign that seeks to impose conditions on the Jewish state outside of negotiations between the Palestine Liberation Organization and the Israeli government. Many of the BDS demands, including the 'right of return' for all Palestinians everywhere, would mean the abolition of a Jewish state...

Last week, The Washington Post reported that Jordanian Prince Zeid Ra'ad Al Hussein, the UN high commissioner for human rights, plans to publish a 'blacklist' of U.S. and other companies operating in the disputed territories. The blacklist is UN-sanctioned BDS...

What can the US and Europe do? The U.S. along with many European countries sit on the 47-member Human Rights Council. The UN's economic warfare targeting Israel and companies that trade with it should prompt a counter-attack that includes the U.S. and morally-principled countries resigning from the UNHRC.

A joint announcement at a press conference by Haley with her counterparts, including the German and British ambassadors, warning of a mass resignation if the blacklist is implemented, would be a good first move. After all, many U.S. and EU companies will be directly affected by the counter-productive and discriminatory blacklist.

Put simply, the UNHRC should not be in the business of using the tools of economic warfare to bring about precisely the result it claims it wishes to avoid: a powerful setback to the Israel-Palestinian peace process."
Date
August 30, 2017
Title
UN embrace of anti-Israel BDS movement endangers the very peace it claims to support, Fox News
Author(s)
Benjamin Weinthal
Original Source
http://www.foxnews.com/opinion/2017/08/30/un-embrace-anti-israel-bds-movement-endangers-very-peace-it-claims-to-support.html
Attachment
Click here to view this article in MS Word/PDF format