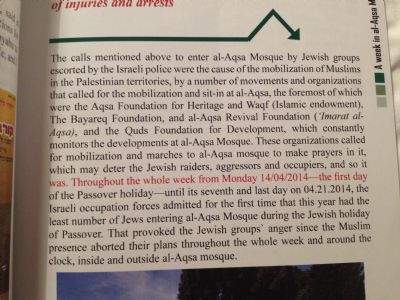 "These organizations called for mobilization and marches to al-Aqsa mosque to make prayers in it which may deter the Jewish raiders, aggressors and occupiers..."