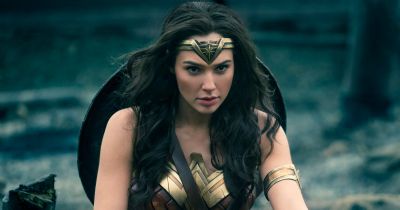 Gal Gadot as Wonder Woman
"Wonder Woman may be a hit at the box office, grossing $228 million worldwide in its first weekend, but the movie has hit the rocks in much of the Arab world because of its Israeli star, Gal Gadot.

After being banned in Lebanon, Wonder Woman is now facing bans in Tunisia, Jordan and Algeria.

The Hollywood media site Deadline.com reported Thursday that the movie's scheduled release in Tunisia has been suspended because of Gadot's defense of Israel's 2014 incursion into Gaza.

Deadline said the secular Arab nationalist People's Movement party petitioned the Tunisian culture ministry to ban the movie as part of an effort to isolate Israel.

'We must continue the mobilization on this type of affair, as on everything related to normalization with the Zionist entity,' the People's Movement said in a statement..."
Date
June 14, 2017
Title
Wonder Woman Ban Spreads Across Arab World, The Jewish Voice
Original Source
http://jewishvoiceny.com/index.php?option=com_content&view=article&id=18229:wonder-woman-ban-spreads-across-arab-world&catid=106&Itemid=772
Attachment
Click here to view this article in MS Word/PDF format