U.S. to U.N.: You yourself rejected withdrawal to '67 lines - analysis 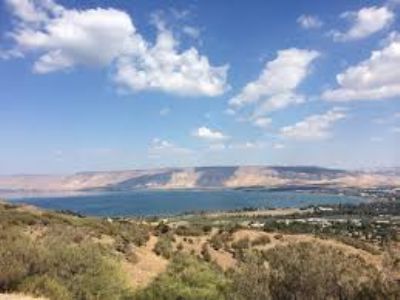 The Golan Heights (Wikimedia Commons)
"The Trump administration challenged the UN's claim that Israel must withdraw to the pre-1967 lines, in an opinion piece two of its top officials published on Wednesday in The Wall Street Journal.

US Secretary of State Mike Pompeo and US Ambassador to Israel David Friedman argued that the historic Security Council Resolution 242 â which the international community often cites as the basis of its claim that Israel is required to relinquish all territory it acquired during the June 1967 Six Day War â bolsters the international legitimacy of the Trump administration's decision to recognize Israeli sovereignty over the Golan Heights, which Israel captured from Syria in 1967.

Their argument, however, could also be applicable to the West Bank, which Israel captured from Jordan in 1967...

Israel's former ambassador to the UN Dore Gold said a security rationale for retaining territory 'is even stronger in the West Bank' than it is on the Golan.

The previous claimant to sovereignty in the West Bank was Jordan, which acquired the territory during the 1948 War of Independence, Gold explained.

The claim was recognized only by Pakistan and Great Britain, he said. In contrast, many countries recognized Syria's previous standing on the Golan, even though Syria was an aggressor in the 1967 war, Gold said..."
Date
May 16, 2019
Title
U.S. to UN: You yourself rejected withdrawal to ’67 lines – analysis, The Jerusalem Post
Author(s)
Tovah Lazaroff, Yvette J. Deane
Original Source
https://www.jpost.com/Middle-East/US-to-UN-You-yourself-rejected-withdrawal-to-67-lines-Analysis-589811
Attachment
Click here to view this article in MS Word/PDF format