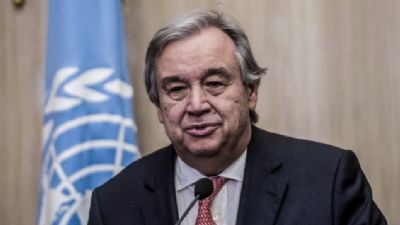 Guterres had previously distanced himself from the report by the UN Economic and Social Commission for Western Asia (ESCWA), which is comprised of 18 Arab countries...

The United States on Wednesday had demanded that the report be withdrawn altogether.

"The United States is outraged by the report," US Ambassador Nikki Haley said in a statement. "The United Nations secretariat was right to distance itself from this report, but it must go further and withdraw the report altogether."

Based in Beirut, ESCWA lists the state of Palestine as a full member, and works to strengthen cooperation and promote development.

"That such anti-Israel propaganda would come from a body whose membership nearly universally does not recognize Israel is unsurprising," said Haley.