Antisemitism as Human Rights at the UN

The Committee is the only UN human rights investigative "committee" composed of the official representatives of UN member states - currently Sri Lanka, Malaysia and Senegal - without even the pretense of independence or expertise. One of those states, Malaysia, does not even have diplomatic relations with Israel.

(By A/RES/44/48 of December 8, 1989, the name was changed from Special Committee to Investigate Israeli Practices Affecting the Human Rights of the Population of the Occupied Territories.)

Chart 1. The UN human rights system - only one committee dealing with only one group - Palestinians 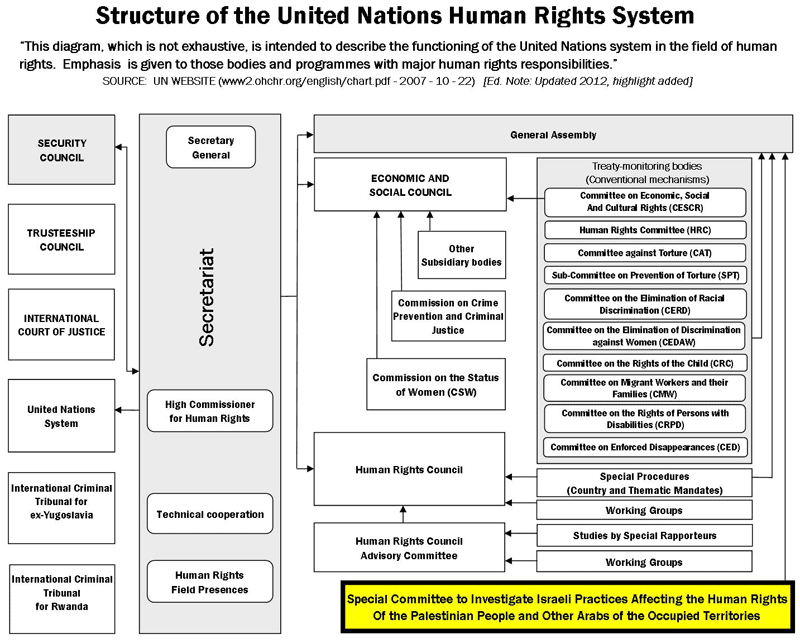